Yesterday it were various European aualifiying rounds. Belgium and the Netherlands also had to play. It was quite hard for me to follow, because both matches were played at the same time :s. So I tried to follow between two channels. I have made a small match report with my vision of the matches.

Belgium had to play against Cyprus. In the media was told, that the Red Devils would be afraid of the Cypriot team, because they would be tough opponents. It was difficult for me to estimate the outcome of the match, but I know that the Red Devils are strong.
The first half:
Kevin De Bruyne missed the opening goal, by the foot of Anastasios Kissas, the keeper of Cyprus. Then Marouane Fellaini took his chance and scored with his left foot (1-0). Eden Hazard tried to score, but Kissas has stopped the ball. Hazard gives an assist to Christian Benteke and he head the ball into the goal (2-0).
The second half:
Radja Nainggolan tries to score, but Kissas stopped the ball. From a far distance Fellaini makes the third goal with his left foot (3-0). Hazard took care of the fourth goal with his right foot (4-0). Michy Batshuayi kicked in the last goal a few seconds after his raid(5-0).

The Belgian team proved once again how strong they are and showed their abilities on top level. It was a strong and spectacular game, this is what I call beautiful football :o). Hopefully they can play at least as well against Israel on the 31st of March!

My men of the match:
Eden Hazard & Marouane Felliani: they were sharp and swayed on a victory. 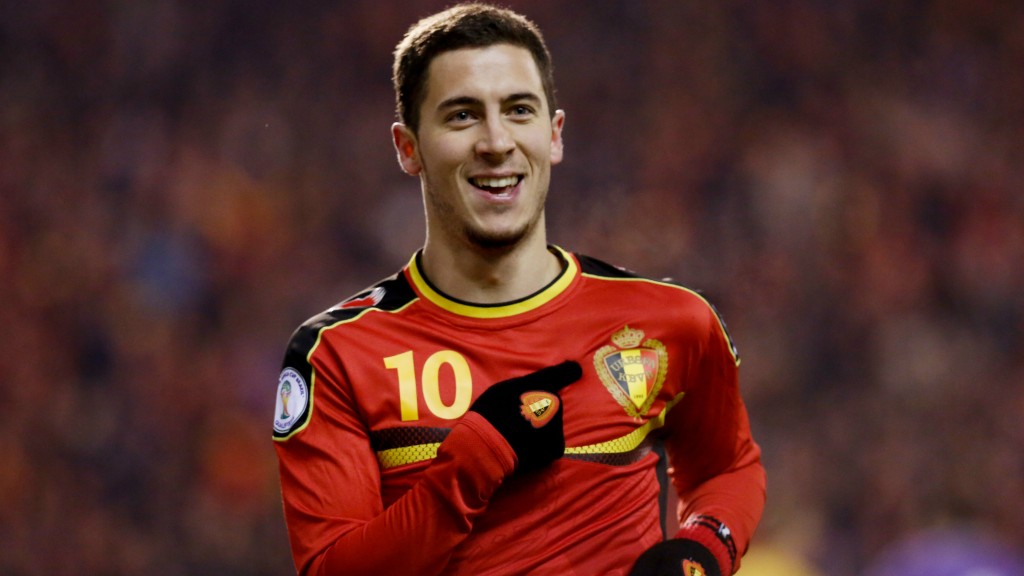 Unfortunately the Dutch team had to play without their two favorite and important players; Robin Van Persie & Arjen Robben. They were injured. The match would not be easy, because the national team of Turkey is pretty strong. I prayed, believed and watched the game ;o).
The first half:
After 37 minutes the Turkish player, Yilmaz scored the first goal (1-0). Martins Indi and the Memphis Depay missed some great chances during the first half.
The second half:
Luciano Narsingh, Klaas-Jan Huntelaar and Jetro Willems could not score. It was Wesley Sneijder who have scored in the 92nd minute (1-1) and Huntelaar touched the ball as last with his head. They could win with 2-1, but regrettably Depay missed the last goal :o(.

Wesley Sneijder still could provide a last minute goal. The lack of Van Persie en Robben was clear. They have scored, but it took a lot of effort. An equal match is always better than losing. I hope they drop the same victory and performance against Spain as at the World Cup in Brazil on the 31st of March!

My hero of the match:
Wesley Sneijder: he saved the team with his goal.

Full of impatience and curiosity I wish my both teams a victory !